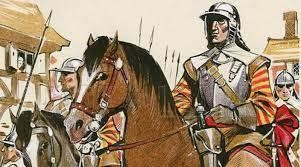 The oak tree is one of the most beloved trees in Britain and this is nothing new – all the way back to the times of the Celts, the oak tree was revered and loved. Seen as a magical tree, an emblem of strength, and a door to other worlds. Throughout history its strength and its solid wood was used to build homes and even nowadays we still love oak wood and use it for things like these Oak Framed Extensions from https://www.timberpride.co.uk/timber-oak-framed-extension/ But one of the most popular and enduring tales of the English oak is probably the tale of the king who used one for protection… 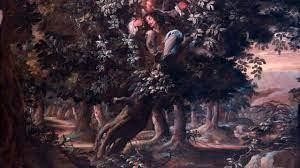 During a battle of the English Civil War in 1651, the King at the time King Charles II was defeated in Worcester by the Parliamentarian army of Oliver Cromwell. His life was endangered, and the King fled as a huge reward was offered for his capture by the opposing side. Some loyal followers of his assisted him bravely, knowingly risking their lives in doing so. First of all, they had to make him look less like a king, so they swapped his regal finery for some old clothes to disguise him as a woodcutter.

They headed to Boscobel wood, where the King sought refuge within the now famous oak tree, and the namesake of many a pub – the Royal Oak! He was able to sleep there whilst his good friend Major Carless watched out for him – the parliamentarians were watching the woods, so he knew they had to move on when the King awoke.

In the dead of night, they decided it would be a good time to leave with cover of darkness. They then were able to move him on from one safe haven to another, moving from place to place for a period of six weeks. He headed south where he eventually managed to pose as the servant of a young lady and catch a boat with her to France. The king was able to live safely in France where he remained for almost ten years, before he returned to England to reclaim the throne that was rightfully his. The courage of the King and the people involved in helping him to escape alive make this one of the most inspiring and exciting stories in British history.

Today the original oak that the King sought refuge in was sadly destroyed during the 18th Century as people broke parts off the tree to take for souvenirs. However, there is an oak standing in its place that is around two hundred years old and this is the direct descendant of the tree which the King hid in – aptly named the Son of the Royal Oak. Unfortunately, a bad storm in 2000 battered the oak, and it started to form some large cracks. However, although it has now been surrounded with a perimeter fence it is still standing tall.