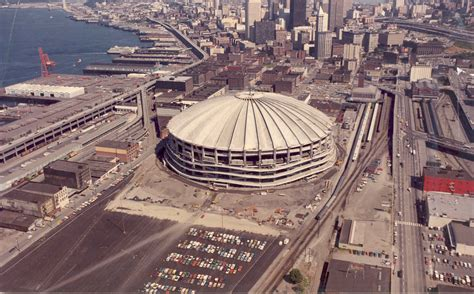 When a building has reached the end of its life, it’s time to tear it down or blow it up and use the space for something new. Whether the building has become unsafe due to age or simply has no use anymore, tearing it down to begin again for a new purpose is common practice. And it’s not just buildings that need demolishing – dams, bridges and viaducts often need replacing and these can present unique challenges due to their length, width and environmental surroundings. Here are some of the biggest, most impressive demolitions in the world:

As part of the East Tennessee Technology Park, K-25 was once the largest building under one roof. It was originally constructed as part of the Manhattan Project in 1943, K-25 was a gaseous diffusion site. The demolition of the site took many years between 2008 and 2013 and was the biggest demolition project ever undertaken by the Department of Energy. They did leave behind a multi-storey representation of the building that was demolished and it still contains some of the original equipment used. 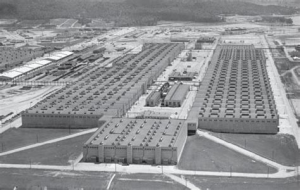 In 2013, 2 miles of concrete were detonated in the city of Wuhan to remove a viaduct that had reached the end of its usefulness. Gas pipes were run along the viaduct and wires carrying 100,000 volts were attached alongside so the viaduct could be detonated in safe sequence. The demolition went without a hitch and a new, even bigger viaduct was built in its place.

Blown up in 2014, this dam had been in place since 1927. It was the biggest demolition of a dam to ever take place. Before detonating, multiple excavators were required to chip away at the dam. For Excavator Hire for your project, visit Greens Plant Hire, suppliers of Excavator Hire. A series of detonations at the base of the dam removed it once and for all.

Kingdome was one of the most famous and iconic Seattle buildings. It wasn’t in place for very long, having been constructed in 1976 and demolished in 2000. It was iconic as it was home to many of the city’s events and the home stadium for the Seahawks and the Mariners. Unfortunately the building was deemed unsafe and roof tiles were falling off so it was demolished in March 2000 and was the biggest implosion at a whopping 700,000 cubic feet. 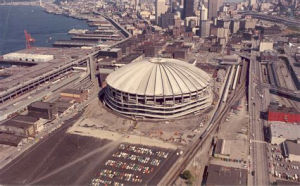 This tower would become the tallest structure ever to be demolished with explosives when it was brought down in 2014. The skyscraper weighed 50,000 tons and was located right in the heart of Frankfurt. The 318 feet tall building attracted crowds of more than 10,000 people on demolition day. Walls needed to be constructed to prevent debris from hitting the crowds and they had to be 20 feet tall!