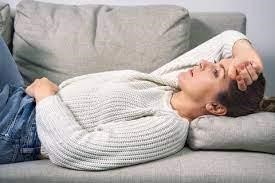 The food we eat powers our bodies and provides us with the things that we need to stay well and healthy. But if we do not pay enough attention to good food hygiene, the food we eat can actually make us very unwell. For this reason, there are lots of guidelines and regulations in place for commercial food suppliers from our local bakery to a fine dining restaurant – all must adhere to these. There are also companies like Food Hygiene Check https://hygienecheck.net who help to educate people in food hygiene.

Hepatitis A – This is not very common in the UK, but in parts of the world where there are lower sanitation standards and less hygiene facilities it is more prevalent. Africa, parts of the middle east, parts of Asia and parts of south America are places where this is more widespread. Sewage and faeces transmit this disease, so this highlights the importance of washing hands after going to the toilet and especially before preparing food. Take care when in these parts of the world when eating out, as it can even spread via ice cubes, as well as food washed in unsanitised water. It is a liver disease, and although most people recover from it in a few weeks or months, some people may contract liver failure and die. 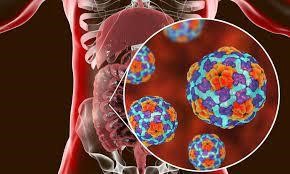 Gastroenteritis – This is a common stomach bug, and it causes vomiting and diarrhoea. It can be caused by the norovirus bug but is also caused by bacterial food poisoning. It is unpleasant however in the vast majority of people it is not life threatening. Care must be taken to avoid dehydration however, as vomiting and diarrhoea mean that the body loses water quickly. It is advisable to drink plenty of water, as well as using rehydration sachets to replace the lost water in the body. Older people and very young children in particular should be taken care of when suffering from this, as their bodies are often weaker and not as good at dealing with the symptoms of it.

Salmonella – This is a bacterium that comes from animals, and is sometimes found in milk, eggs or meat. Cooking will kill the bacteria, but it can still infect a person who has handled a raw piece of meat and then they will have the bacteria on their hands which could be transferred to others. This illustrates why hand hygiene as well as correctly using kitchen utensils (knives and chopping boards for example) and cleaning them is so important. Sickness, diarrhoea, stomach pains, fevers and headaches are all signs of salmonella and those that have had it will tell you that it is very unpleasant indeed! For many people, a full recovery can take weeks, although the majority of the worst symptoms will be over in around one week.