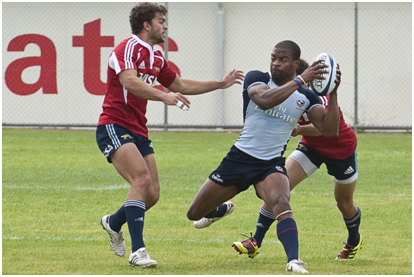 Rugby is becoming hot news in the USA, with record crowds of 80,000-plus attending the three-day international tournament in Las Vegas this year. The USA rugby chief executive, Dan Payne, said it was exciting that the number of people involved in the sport is growing while other more mature sports in the US are seeing membership declining. 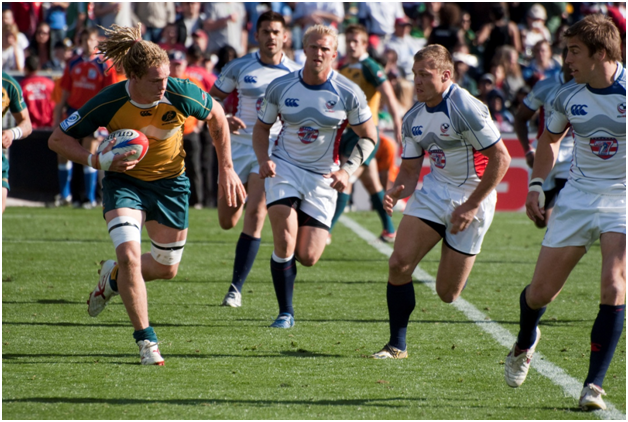 Rugby is the fastest-growing team sport in the country, says a CNN report, with players from American football getting involved. There are now more than 115,000 registered rugby players in the America, according to USA Rugby figures, while another report from the Sports Fitness Industry Association says there are 1.2 million players.

What is Rugby’s Appeal?

One massive appeal is that anyone can play it. Not everyone is suitable to play soccer (as the American’s insist on calling football) or American football, but rugby offers opportunities for all, whatever their size or shape. If you look at the line-up you will see short, slight rugby players alongside tall, muscular team-mates. Smaller players can be perfect for playing at scrum half or on the wing, if they are fast. Bigger players make better hookers. Skill and speed can be more important than size, in many cases.

Rugby is a great way to keep in shape as you need to be physically fit for the challenge of the scrum and the speed when going for a try. As well as getting fit, players also learn to play as a team, improve their social life and gain confidence through the sport. As well as playing games, either competitively or for fun, players will also practice different moves and can watch a rugby drill video, such as those found at https://www.sportplan.net/drills/Rugby/ to help to improve their game.

Can it Take Over from NFL?

NFL is huge in America, particularly the Super Bowl which is played at the end of the regular season. Advertisers will pay around $5 million dollars for a coveted 30-second commercial slot during the Super Bowl, which attracts more than 112 million spectators around the world. The record crowd of 61,000 who watched the match between the U.S.A. Eagles and New Zealand’s All Blacks at Chicago’s Soldier Field in 2014 is small fry compared to that, but rugby is becoming more popular, particularly after the Rio Olympics.

THE MONETIZATION OF OPEN BANKING: How legacy institutions can use open banking to develop new revenue streams, reach more customers, and avoid losing out to neobanks and fintechs

This is a preview of The Monetization of Open Banking research report from Business Insider Intellig [...]

THE PAYMENTS ECOSYSTEM: The biggest shifts and trends driving short- and long-term growth and shaping the future of the industry

This is a preview of The Payments Ecosystem research report from Business Insider Intelligence.Purch [...]

Pete Buttigieg has a net worth of around $100,000, the smallest of the presidential candidates. Here's what we know about how the former mayor made his money.

I've owned 3 houses, and there are 5 things I wish I could tell every first-time home buyer

Justin Lambert/Getty ImagesThe author is not pictured.Owning your own home gives you many freedoms, [...]