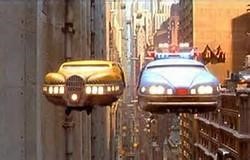 Taxis and their drivers have long been interesting subjects that have featured in the movies.  Of course the world in Hollywood is much more exaggerated than in real life and of course we have to contend with ensuring that each year we visit a mots gloucester company such as swiftfit.uk.com to make sure our car is road worthy.

Here we take a look at the most iconic taxis and drivers in the world of Hollywood.

This is a film of twists and turns about taxi driver Jerry Fletcher (Mel Gibson) who knows a few too many government secrets to be left telling the world his conspiracy theories to all of his customers and each and every taxi fare.

This is a pretty old film but features a group of drivers forced to band together to battle a ruthless mob intent on dominating the industry. James Cagney stars as one of a group of cabbies who refuse to be bullied by the gang threatening their livelihood.

The Carry On producers have put their traditional cheeky spin on the world of being a cabbie. It is the tale of a competing husband and wife (Charlie Hawkins played Sid James and Peggy played by Hattie Jacques) who run Speedee Taxis and GlamCabs. When Peggy feels her husband is neglecting her she sets up GlamCabs to spite him only to find the company take off and threaten Charlie’s business. However, Charlie has no clue the taxi firm competing with him is his wife’s.

This is one cabbie who secretly desires to be a racing driver. Daniel works as a taxi driver but really wants to be in a racing car. However, with a supercharged engine under the hood of his road car, he gets his passengers from ‘A’ to ‘B’ in super-fast time.

The cabbie is really an employee of the cryptic company Consumer Recreation Services (CSR) who locks Nicholas Van Orton in the back seat of his cab. With the car still racing forward through red lights and toward a body of water, the taxi driver jumps and rolls into the road, leaving Nicholas to figure out how to escape. It’s all part of his game.

This futuristic, sci-fi movie features taxis driven by mutants and robots! However, Johnny Cabs are difficult to have conversations with and are all a bit odd to be honest, but they’ve also replaced most of the human cab drivers for some strange reason.

Futuristic movie, The Fifth Element, features flying taxis in this 23rd century metropolis. The buildings are so tall that you need these flying taxis to access them. This smart-talking taxi driver (Bruce Willis)is a nice guy who is suddenly thrust into an adventure to save the world.

This is probably the most iconic taxi driving movie of all time. Robert De Niro is the taxi driver in this classic film about a loner who turns anti-hero after befriending an underage prostitute. Although the taxi, driven by Travis Bickle, is not one you’d really want to get into!

A consultant who travels every week for his job says he uses rewards cards to earn points so he can [...]

CASE STUDY: How Goldman Sachs changed the retail banking game - by entering it

Digital-only banks are redefining retail banking in major markets around the world. Spurred on by co [...]

THE HEALTHCARE PAYMENTS REPORT: The strategies payments leaders are using to take advantage of the $3.7 trillion opportunity in US healthcare

This is a preview of THE HEALTHCARE PAYMENTS REPORT from Business Insider Intelligence.Business Insi [...]