With any mental disorder symptoms vary in their degree and which particular symptoms are experienced among different people. The Diagnostic and Statistical Manual of Mental Disorders, fourth edition, DSM-IV-TR is an excellent resource for understanding the essential features for diagnosis of a specific Anxiety Disorder. The name combinations, for example Panic Disorder without Agoraphobia are clear enough not to repeat all the symptoms for each disorder.

Generalized Anxiety Disorder may be diagnosed when a person experiences almost daily excessive worry and anxiety over routine life activities such as work or school for long periods of time, six months or more, without another medical disorder or substance use causing the anxious feelings and physiological symptoms. Patients will also experience symptoms such as nausea, trembling, fatigue, muscle tension, headaches, irritability, difficulty concentrating; sleep disturbance such as frequent awakening, waking up tired or difficulty getting to sleep. 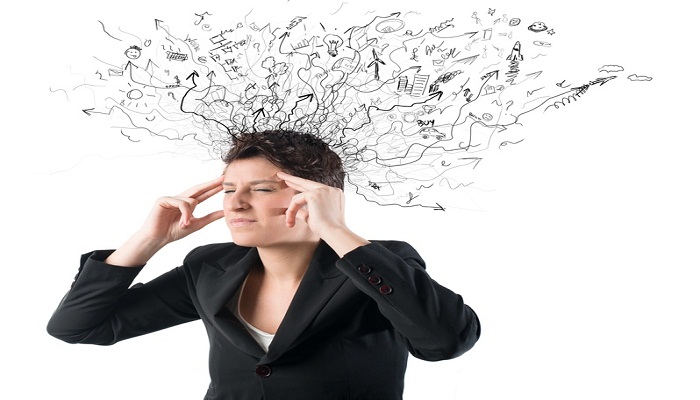 Panic Attack – An important consideration here is to be aware of the difference between experiencing a panic attack and symptoms of panic which all healthy individuals experience as part of the bodies response to fight or flight when encountering a dangerous situation? A panic attack is the presence of the symptoms of panic without the presence of danger. Panic attacks can occur as a result of a number of medical conditions, substance use or mood disorders. These attacks last for a finite period, usually 20 to 30 minutes, with relatively quick onset of symptoms, building up and peaking at about ten minutes. People experience intense feelings of fear which are accompanied by several physical or psychological symptoms often expressed as, a sense of unreality or being detached from oneself, rapid heart beat, smothering feeling, choking sensation, fear of going crazy, impending doom, losing control, chilled, flushed, fear of dying, numbness or tingling, sweating, weak, faint, dizzy, light headed, chest pain, nausea, smothering feeling, numbness or tingling in their hands, trembling or shaking.

Panic Disorder – People who experience recurrent panic attacks (symptoms listed under panic attack) not caused by substance abuse or other illness and go on to develop extended periods (one month or more) of intense anxiety between attacks related to when the next attack will occur or its consequences and possibly resulting in life changes due to the attacks or fear of the attacks. Not everyone experiencing panic attacks goes on to develop panic disorder.

Agoraphobia – Symptoms of severe anxiety with or without full blown panic attacks with regard to entering situations or places one might fear embarrassment, fear having a panic attack, have anxiety about getting out of a large crowd, bus, plane, having a heart attack or asthmatic attack and unable to get help and as a result they avoid these situations or enter them with severe anxiety or panic like symptoms (symptoms listed under panic attack).

Specific Phobia – A specific trigger causes excessive unreasonable fear, anxiety, panic attack, (symptoms listed under panic attack) panic symptoms. The situation is avoided or endured with intense, unreasonable anxious feelings. Normal functioning is negatively affected due to the distress caused by the situation.
Social Phobia – (Symptoms found under panic attack) whether or not they reach full blown panic attack criteria in a variety of social situations. The situation is avoided or endured under significant distress and is of a magnitude that interferes with a person’s normal routine, work, relational or social life.

Obsessive – Compulsive Disorder – In obsessive compulsive disorder obsessions are ideas or thoughts that continually preoccupy or intrude into a persons mind that are inappropriate and cause intense anxiety and are unrelated to real life problems, other medical problems or substance use. One tries to relieve the distress through compulsive behaviors. These are often stereo-typical repetitive behaviors one is unable to resist such as checking, hand washing, counting etc. The obsessions and compulsions are of a severity that take a lot of time and disrupt a person’s ability to function in social, work, relational or normal activities.

Post Traumatic Stress Disorder – People who have witnessed an event which threatened themselves or others with serious harm or death and caused feelings of intense anxiety, fear, horror, or helplessness sometimes, but not always, go on to develop what is known as post traumatic stress disorder. They may experience symptoms such as nightmares regarding the event, flashbacks, sleep disturbance, feelings of depression, hopelessness, avoidance of situations that might remind them of the event, memory difficulties, an exaggerated startle response, distancing from others, anger, or irritability. Sometimes ordinary events, sounds, or smells may trigger a flashback plunging the person into a terrifying state as though the event were happening again. These symptoms can be debilitating, interfering with normal functioning at work, school, or home and negatively impacting relationships. Symptoms of post traumatic stress disorder usually begin within three months of the event that precipitated the disorder and some people recover in six months while others may continue to experience the disorder for much longer. For some people, however, it might be years after the event before they begin to experience this disorder.