As we have stated there are a number of anxiety disorders and the symptoms of some disorders might have precipitating factors and others do not. However, the precipitating factors that cause one person to go on and develop a disorder do not necessarily develop a disorder in another person. For instance not everyone who experiences a panic attack goes on to develop panic disorder and not everyone who goes through a traumatic experience such as a war, attack, rape or are involved in or witness a fatal accident go on to develop post traumatic stress disorder.

Many substances or diseases are accompanied by symptoms of anxiety so in these cases anxiety symptoms would be deemed to be caused by the illness or substance. In anxiety disorders not associated with disease or substance use research is going on looking at a number of possible causes. 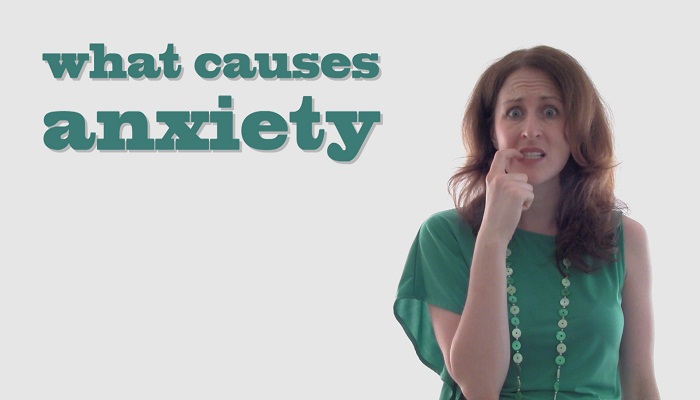 Studies are being done on a number of different structures in the brain responsible for emotional responses such as fear and anxiety. , Stuctures such as the amygdala, hippocampus, hypothalamus, prefrontal cortex, and brain stem to name a few, all interact to perform various critical roles in processing or interpreting of stimuli, responses to danger, traumatic memory, fear, anxiety, and the body’s physiological responses to threat. Much more research needs to be done to understand the interplay between these structures and develop further understanding how each may play a significant role in a specific anxiety disorder. For instance the locus ceruleus located in the brainstem is the primary Norepinephrine containing site in the brain with projections into various sites responsible for fear responses, and the hippocampus is known to be important in traumatic memory and the hypothalamus is the principle site for neuroendocrine and autonomic responses to threat.1 It is hoped that further understanding of these brain structures may help with development of more effective medications and possibly with non-medication treatment options such as teaching one part of the brain to control responses from other areas.

There are a several theories that propose abnormal function of a number of neurotransmitters such as serotonin, norepinephrine and gama-aminobutyric acid in these and possibly other brain structures.
Family patterns are seen in some of the disorders possibly indicating genetic causes. In addition developmental, environmental and behavioral causes are being looked at.

I spend $41 a month on life insurance, and there are 5 reasons I'm happy to shell out

THE AI IN INSURANCE REPORT: How forward-thinking insurers are using AI to slash costs and boost customer satisfaction as disruption looms

This is a preview of the AI in Insurance research report from Business Insider Intelligence.14-Day R [...]

WeWorkWeWork has been welcomed, not feared, by local markets, said the company's co-presidentAr [...]

I bought a condo with a subprime loan in 2004, but refinancing my mortgage means I now have cheap, stable housing in the Bay Area

Courtesy Laura McCamyOutside the author's home in the Bay Area.My wife and I didn't have m [...]

I got hit with a $10,000 tax bill this year, but my 3-prong money management strategy meant it wasn't a problem